"A lot of people (farmworkers) live in poor conditions and nobody knows that," said Karina Santiago, a friend of a victim.

While many lives have been lost in the Half Moon Bay mass shooting, the farmworkers' working and living conditions are coming to light.

HALF MOON BAY, Calif. (KGO) -- A farmworker accused of killing seven people in shootings at two Half Moon Bay mushroom farms has been charged with seven counts of murder. Prosecutors filed the charges Wednesday.

Zhao covered his face with a yellow sheet of paper when he first entered the courtroom, and his hands were shaking and shackled.

A Mandarin language translator was used to deliver communications between the court and the suspect. Zhao will be held in custody without bail.

Outside of the courthouse, Wagstaffe explained that Zhao is being charged with seven counts of murder and one count of attempted murder. He says the charges were filed "in the manner in which the order of which we believe that they occurred."

The maximum penalty for these charges would be life in prison or the death penalty.

Zhao is currently being held on no bail until his Feb. 16 arraignment.

Authorities believe Zhao acted alone when he entered a mushroom farm in Half Moon Bay and opened fire, killing four and leaving another seriously wounded, San Mateo County Sheriff's officials said. He then drove to another nearby farm where he had previously worked, and killed another three people, said Eamonn Allen, a sheriff's spokesman.

Who are the victims?

Servando Martinez Jimenez said his brother Marciano Jimenez Martinez, one of the victims, was a delivery person and manager at one of the farms. He never mentioned Zhao or said anything about problems with other workers.

"He was a good person. He was polite and friendly with everyone. He never had any problems with anyone. I don't understand why all this happened," Jimenez Martinez said in Spanish.

The cousin of Jose Romero Perez says he leaves behind a wife and four children in Mexico. He says when he called the family to let them know he had been killed they were left in disbelief.

Jose worked at the Mountain Mushroom Farm with his younger brother Pedro who got him the job.

What we've learned about Chunli Zhao

Investigators tell ABC7's Stephanie Sierra that Zhao was a forklift driver at one of the farms for five to six years. He also lived at the farm, which is fairly common among the workers.

Several sources confirmed to the I-Team, the victims were killed execution style in what's been described as an "intentional, gruesome attack."

Investigators say the 66-year-old suspect Chunli Zhao was allegedly taunted with an offensive nickname that may have fueled his anger leading up to the attack.

Detectives say Zhao targeted all eight victims intentionally as the fellow Asian and Latino farm workers were reportedly involved in an on-going feud.

It is still unclear if it was an isolated incident that escalated to the event.

Investigators also mentioned concerns over a language barrier. Zhao spoke Mandarin while the other workers mostly spoke Spanish. It's not clear the role this may have played in the shooting.

San Mateo County District Attorney Steve Wagstaffe provided some more insight, saying that according to Zhao's statements, they do not believe it was a hate crime.

"He gave several hour-long statements last night in this building here, and while I won't go into the statement, I will say, it has alleviated for us, any thought that this was a hate crime," Wagstaffe said. "It was not a hate crime, this was simply as sheriff corpus said, a workplace dispute."

Sources tell the ABC7 I-Team that after the shootings Zhao was reportedly found inside his car in the parking lot of the sheriff's office's Half Moon Bay police substation. Sources say the seat was reclined and the semi-automatic handgun was next to Zhao. The suspect allegedly tried to send his wife a text message saying something along the lines "see you in the next life."

According to court documents obtained by the ABC7 News I-Team, Zhao once had a restraining order filed against him by a former coworker and roommate, who alleged that Zhao threatened him and even once tried to suffocate him with a pillow when he lost his job.

On Tuesday, Governor Gavin Newsom held a news conference in Half Moon Bay in wake of this tragic shooting calling on lawmakers to take action on gun reform at the federal level.

"I'm still waiting for Kevin McCarthy, the leader of the House of Representatives... We haven't heard one damn word from him. Not since Monterey Park. Not what happened here. Not one word," he said.

Newsom said he met with Chinese farmworkers who heard the gunshots. Speaking through a translator, they said it was hard to comprehend what was happening, he said.

"They had never heard a sound like that," he said.

MORE: There have been more mass shootings in US than days in 2023, database shows

The shooting was likely to leave some in the community fearful and searching for other work, he said.

"The trauma and the damage, the devastation, is felt for generations in some cases, communities being torn asunder no one feeling safe," Newsom said.

Friends of Half Moon Bay victims demand more for farmworkers

Flowers, candles, and signs. The memorial for the seven people that were killed in Half Moon Bay is growing. Those we talked with Wednesday night knew Marciano Martinez, one of the victims who like them, was also from Oaxaca, Mexico.

"We would say hi and sometimes we would just randomly talk about how our days were going and stuff like that, so it's just very sad for us to hear about his passing due to his event," said Lupe Contreras.

"He likes to play guitar and sometimes I think he plays in the church with other friends. It's just broken my heart and not just me but the entire town," said Karina Santiago.

The victims were Asian and Mexican migrants. Many of their family members are still waiting to go home, staying at hotels paid for by the mushroom farms where they live and work. County officials say that they should get to go home by Friday.

Those at California Terra Garden, formerly Mountain Mushroom Farm, where one of the shootings happened responded saying, "Shipping containers doesn't reflect what's on property," going on to say workers live in mobile trailers or large RV's that have passed county inspections.

Also saying employee wages start at $16.50 and go to just over $20 an hour, with the farm charging around $300 for a family to live there.

Some we spoke with said they don't believe that.

"It's not true, a lot of people (farmworkers) live in poor conditions and nobody knows that. Those people don't feel comfortable to raise their voices to their employers," said Santiago to which we asked, "You said nobody is representing them and nobody standing up for them?" Her reply was simply, "Nobody!"

Sad to hear at a time when so many lives have been lost.

In response to working conditions complaints, an investigation launched by the governor's office and photos released by San Mateo County Supervisor Ray Mueller, Cal/OSHA is also now stepping in.

A statement released by a representative of the agency says:

In California, workers in agriculture and most other industries are protected by California's labor laws and workplace safety and health regulations, regardless of their immigration status.

Within the Department of Industrial Relations, neither Cal/OSHA nor the Labor Commissioner's Office request or track workers' immigration status." 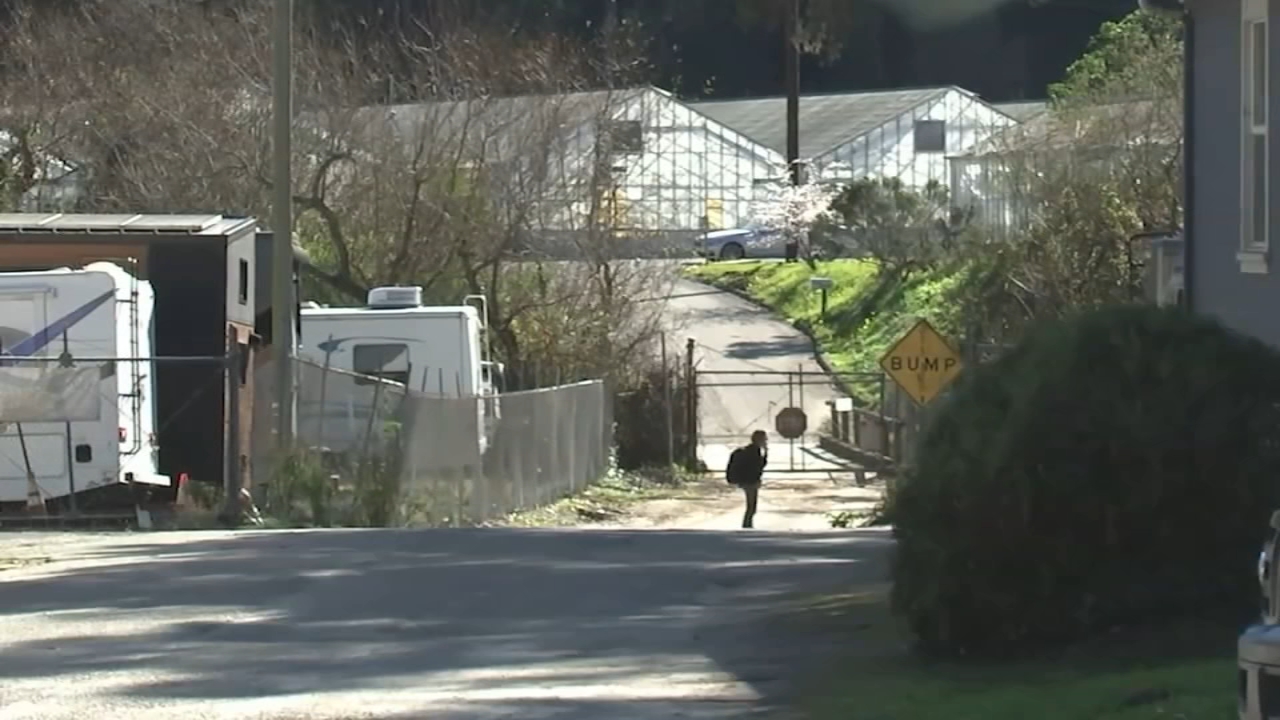