'8,000 hours of overtime': Increased patrols in Union Square is putting a strain on SFPD

Despite hefty overtime, San Francisco's police chief says they will keep patrols the same throughout the holiday shopping season.
KGO
By Ryan Curry 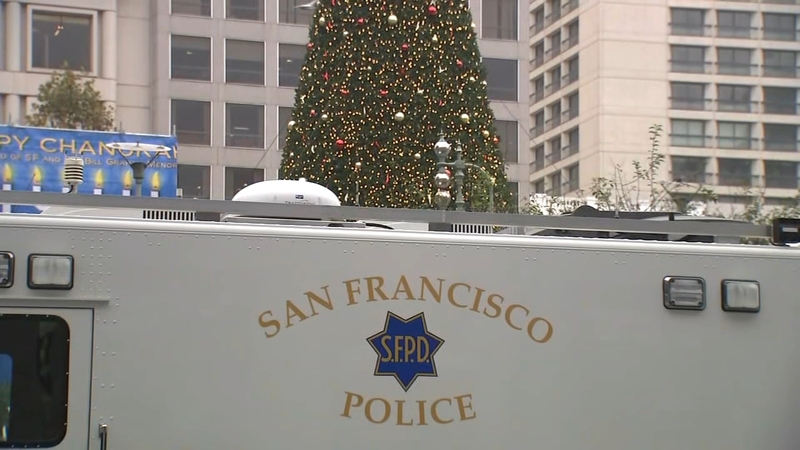 SAN FRANCISCO (KGO) -- San Francisco Police Chief William Scott says the increased patrol around Union Square is forcing many of his officers to work overtime. He says his staff is greatly reduced.

"8,000+ hours of overtime has been used in this operation," he said. "If we had the proper amount of officers it would be much easier to just re-deploy on duty resources."

He says he has nearly 500 fewer officers than normal. However, with the increased crime in November, he says he has to do what he can to make the area safer.

According to SFPD, the increased patrol is working. The department says all forms of crime are down nearly 85% around Union Square.

San Francisco has launched traffic control measures and stepped up police presence to deter crime but will it be enough to bring shoppers back?

That is compared to the crime happening before the November 19 mass robbery incident.

"We have seen a significant drop in crime overall," he said. "I am talking about from theft to cars being broke into, over to burglaries."

He says they plan to keep patrols the same throughout the holiday shopping season. When it comes to reducing the overtime, he says he simply needs more staff.

"We want people to work for SFPD," he said. "It would be great to deploy more officers to help with these patrols. When you are close to 500 officers short, and that number continues to increase, you can't do it."

ABC7 Insider Phil Matier spoke to San Francisco's Police Chief Bill Scott Monday to find out what is being done to prevent retail theft in the city.