"How could they attack this beautiful gem of a city?"
KGO
By Tara Campbell 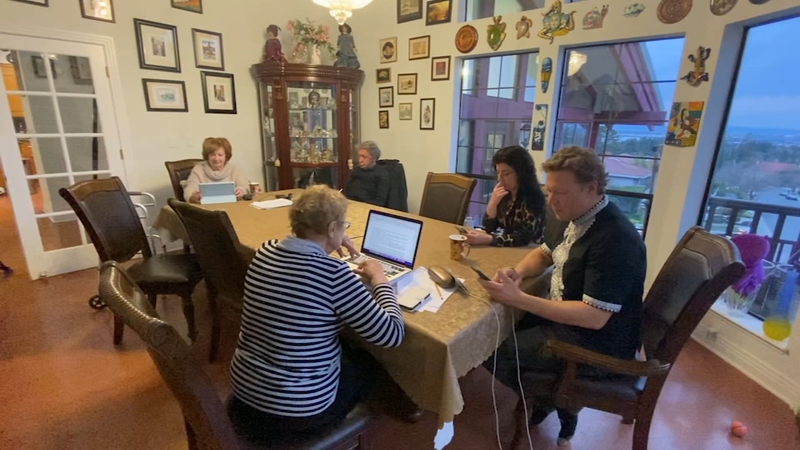 FREMONT, Calif. (KGO) -- The Drozd family is listening and watching, monitoring every move in Ukraine from their home in Fremont.

"How could they attack this beautiful gem of a city? We didn't believe this would happen," said Yuri Drozd.

"It's very hard to see close friends, the friends we grew up with, as Yuri said we have parents of our friends, too many people that are close to our hearts," said his wife, Elena.

Dozens of people are rallying in support of Ukraine at San Francisco's Ferry Building as the Russian invasion continues.

Yuri's sister and her family is hunkered down in nearby suburb of Kyiv and has no plans of leaving despite the danger.

"It's my country, I just know it's where I should be," said Olena Drozd-Koroleva, "We have airfields nearby so things are happening really close."

And it got even closer Saturday evening when Russian forces attacked a town less than a mile away.

"I immediately Skyped her," said Drozd. "And she picked up and said, 'yep, we're alive,' her 3-year-old daughter was woken up by the blasts."

Speaker of the House Nancy Pelosi weighed in on the Russian invasion of Ukraine calling President Vladimir Putin "evil."

Drozd's being careful not to upset his mother and father. They're visiting from Kyiv and don't know when they'll get back.

"I kind of did it behind my parents, so they don't get nervous right away and then I came out and say, 'okay, you will be reading that Hlevkha was attacked and Olena is fine'," said Drozd.

"She's very close to this military and the fighting," said an resolute, yet emotional, Yuri Drozd (sr.)

The Drozd's are hurting, yet holding onto hope and pride in their people.

"They're trying to defend the city as much as they can and they're successful, so we see a little bit of hope," said Yuri

"We're waking up every morning and going to bed checking on friends and they're checking on each other," said Elena. "And there's still hope."