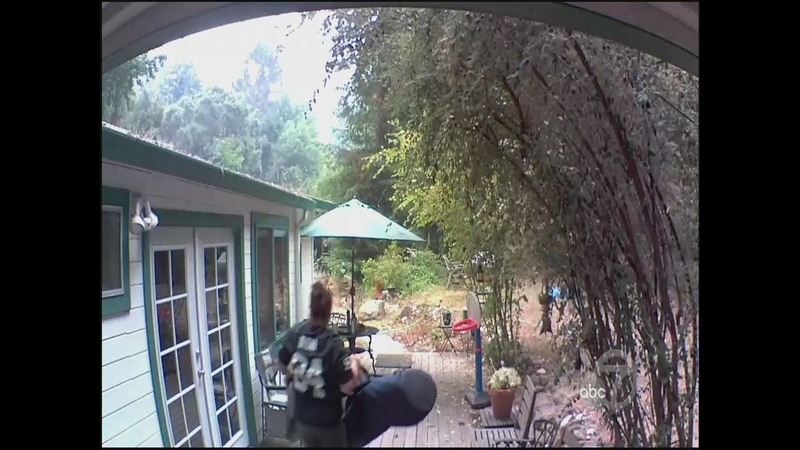 You loot, you go to jail.

These 5 experienced that today.

"These five decided to victimize several of our community members who are already hurting."

Another concern on Friday were the two residents who are unaccounted for. Sheriff's detectives are investigating.

"There are two missing person's cases at this point that we're actively trying to confirm," Clark told reporters.

He said, if residents haven't heard from a loved one, first search the Red Cross website to see if they've been reported there. The next step would be to call sheriff's dispatch.

As for the ongoing fire fight, CAL FIRE says more evacuations and road closures can be expected in the days to come.

On Friday afternoon, ABC7 News met the Immel family. They were evacuated from their Boulder Creek homes on Wednesday morning, only to return to rubble.

Their goal on Friday was to get their long-time neighbor out of his home.

"What we're trying to do is get back up there," Luke Immel said. "We have a person that's still up there, that wouldn't leave."

Cal Fire said those refusing to leave put themselves and first responders at risk. Some crews have already had to go back into the fire zones to help rescue people who stayed.

Besides fire, downed wires and trees can be extremely dangerous.

Even so, residents say every wildfire has its holdouts.

"He's a long-term mountain man and his attitude is: I'm going to defend, save my house and property, or I'm going to die trying," Immel explained.