The video shows an apparently healthy adult mountain lion slowly walking through the yard of a home in the middle of the night.
KGO 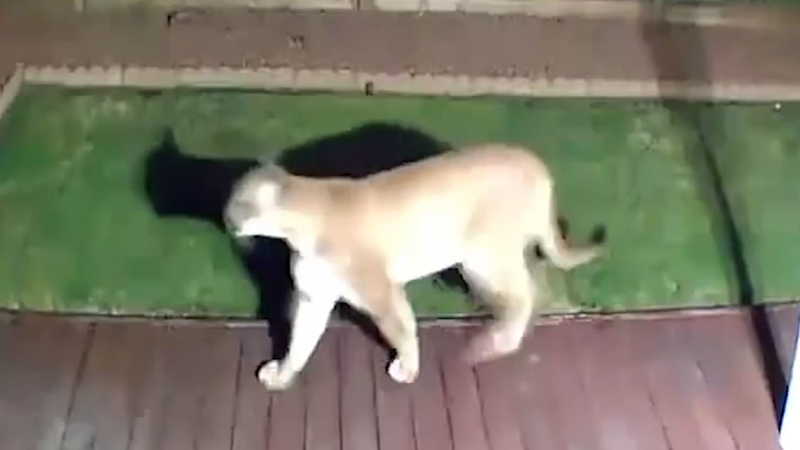 VALLEJO, Calif. (KGO) -- Vallejo residents are on edge after a rare mountain lion sighting was caught on camera earlier this month.

The video was taken on Feb. 28 in the backyard of a home on Haviture Way in Vallejo.

It shows an apparently healthy adult mountain lion slowly walking through the yard of a home in the middle of the night.

The owner of the home tells ABC7 News that the same animal came back a few hours later.

Neighbors also report that the same big cat was spotted in the area again on March 1 and March 2.

According to a resident, Vallejo police reached out to Animal Control and the Department of Fish and Wildlife, but no action is being taken at this time to deal with the mountain lion.

Some residents told ABC7 News that they were upset that Vallejo city officials didn't publicize the sighting more in order to keep people and their pets safe.

Doorbell video shows one mountain lion dragging the other down Hastings Road in Belmont around 4 a.m. Wednesday.

Mountain lion sightings are relatively rare in Vallejo, but one mountain lion was spotted in neighboring Benicia last year.

Benicia police sent out several tweets at the time to telling residents to be mindful when walking in the area, to stay away from the mountain lion if you spotted it, and to keep all dogs on leashes.