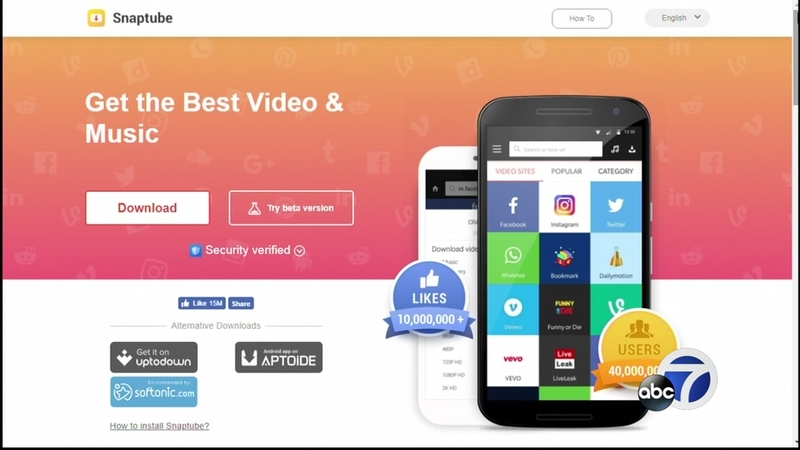 Samsung has confirmed a major flaw with the in-screen fingerprint sensor in the Galaxy S10 and S10+.

The flaw was discovered after a user placed a screen protector on the device and found that any fingerprint could then unlock the phone. This confirmed earlier reports that screen protectors could create an air gap that potentially interferes with the scanner. When the Galaxy S10 was released in March, Samsung said it featured one the industry's most secure biometric security technologies, being "engineered to be more secure than a traditional 2D optical scanner."

Samsung has advised its users use alternate security features, such as passcodes, while the company works to address the issue. According to the company, they are investigating and working to release a corrective software patch. Customers with questions should contact Samsung customer service at 1-800-SAMSUNG.

Snaptube, an Android app with over 40 million users, has been found to serve its users "invisible ads" and charge them for premium purchases they did not make.

The app allows users to download video and music files from sites like YouTube and Facebook. Tech Crunch reports that London-based security firm Upstream found evidence that the free app deceitfully generates ad revenue by serving ads that run silently on the user's phone; this same "background click" technique allows the app to charge users for purchases they did not knowingly make.

Upstream said that the only indication a user's phone was being fraudulently used by the app was if "their mobile data usage increases, their device gets warm and the battery runs out faster than usual."

Snaptube has pinned the blame on a third-party software development kit code embedded inside the app, known as Mango. Mango was also used in a similar app called Vidmate, which was also accused of ad fraud. Snaptube said it was considering legal action against the Mango development team.

The Federal Trade Commission has released their latest report on robocalls and their Do Not Call Registry.

The "National Do Not Call Registry Data Book for Fiscal Year 2019," released today, offers new information on "robocall complaints, the types of calls consumers reported to the FTC, and a complete state-by-state analysis."

According to the data book, the number of complaints about telemarketing calls actually decreased, from 5.8 million in 2018 to 5.4 million in 2019. However, the FTC notes this decrease could be attributed to the time during the government shutdown when they could not accept new complaints.

Most of the complaints were about robocalls, about 71 percent. Within that category, "impostor scams" - or scams where the caller pretends to be either a loved one or trusted institution to fool the victim - appeared the most often. 493,000 people reported such impostor scams.

The report also says that the number of people on the "Do Not Call Registry" increased; going from 235 million in 2018 to 239 million in 2019. The DNC Registry lets consumers opt out of unwanted telemarketing calls.

Consumers can access information about the DNC Registry and the data book for free on the Federal Trade Commission's website. To add themselves to the registry or report unwanted calls, consumers can visit donotcall.gov or call 1-888-382-1222.