Christine Blasey Ford's written testimony mirrors what's already been reported about the alleged attack by Supreme Court nominee Brett Kavanaugh itself, but we are learning some additional details from it.

Blasey Ford's written testimony mirrors what's already been reported about the alleged attack by Supreme Court nominee Brett Kavanaugh itself, but we are learning some additional details from it.

Blasey Ford wrote that she's terrified to speak out, but feels it's her civic duty to do so.

Her attorneys also released photos in the lead-up to the testimony. You can see Blasey Ford taking a polygraph test. A former FBI agent is said to have administered it. He asked if any part of her statement was false or made up. Both answers were no. The former agent said three separate analyses indicated there was "no deception" in her test.

Blasey Ford's written statement again outlines the night of the alleged attack, the lead up, and what followed. She says Kavanaugh knew her and she knew him, but not well prior to the party.

This detail comes from her statement. "I tried to yell for help. When I did, Brett put his hand over my mouth to stop me from screaming. That was what terrified me the most and has had the most lasting impact on my life."

Blasey Ford said she couldn't breath and she feared Kavanaugh would accidentally kill her. Blasey Ford says she drank one beer and that Kavanaugh and his friend, Mark Judge, were visibly drunk.

She wrote: "The details about the night that bring me here today are ones I will never forget. They have been seared into my memory and have haunted me episodically as an adult."

Blasey Ford describes the lasting effect the incident has had on her life. ABC7 News has reported on the death threats she's received and her family having to leave their Palo Alto home.

This detail is new. She wrote:

"This past Tuesday evening, my work email account was hacked and messages were sent out supposedly recanting my description of the sexual assault."

Blasey Ford acknowledged that a hired prosecutor will be questioning her, but she asks to speak directly to the senators on the Judiciary Committee as well.

The full statement can be read in its entirety below and here. 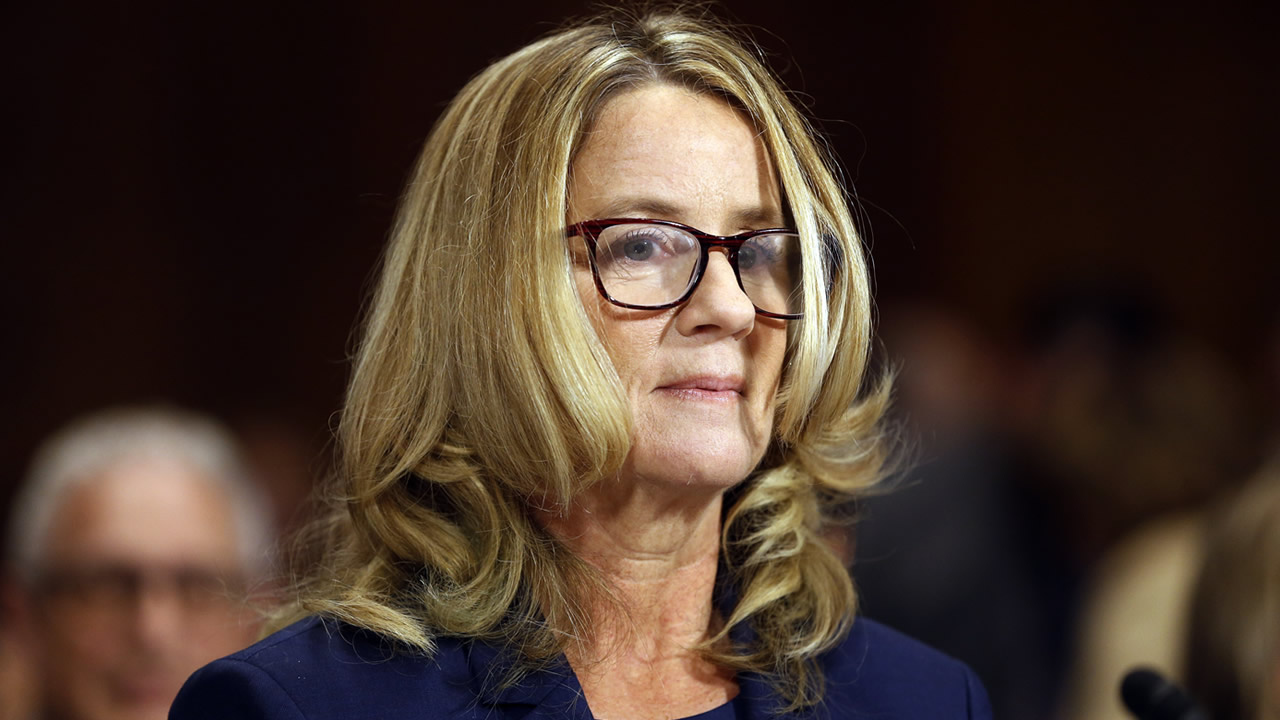