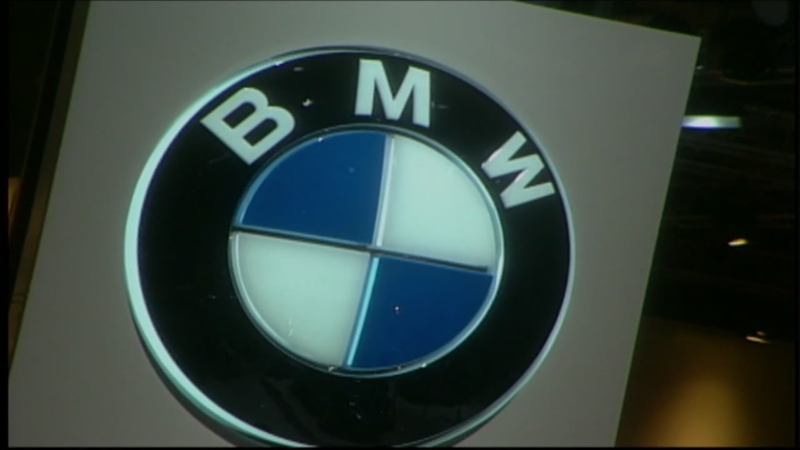 BMW is recalling over 32,000 SUVs due to an issue that could result in child safety seats becoming loose.

The recall affects BMW X6 SUVs from 2015 to 2019. The lower rear-seat anchor bars at the seat crease could become damaged by certain types of child car seats, causing the bars to become loose -- and therefore allow the car seat to become loose as well. Owners of affected vehicles are encouraged to use seat belt installation for their car seats instead until they can have the rear seat anchor bars inspected.

SUV owners can contact BMW customer service at 800-525-7417; dealers will install a reinforcing bracket to the lower anchor bars at no charge.

Amazon, Walmart, and Buy Buy Baby have joined eBay in pulling all infant inclined sleepers from their websites and store shelves after recent research showed the products to be unsafe. They're the latest retailers to respond to Consumer Reports' letter to 15 major retailers, urging them to drop the sleepers.

According to Consumer Reports, inclined infant sleepers, such as the Fisher-Price Rock 'n Play Sleeper and Kids II, positions babies at an angle between 10 and 30 degrees, which increases the risk of suffocation; a reported 73 infant deaths have been linked to the devices.

Despite these, not all manufacturers of infant inclined sleepers have issued recalls and other retailers and online marketplaces have not yet agreed to pull the products from their store.

There's a new development in the ongoing Takata airbag saga that has already resulted in the recall of over 41 million vehicles.

The National Highway Traffic Safety Administration and BMW are urging owners of certain 1999 BMW 323i and 328i sedans to not drive their cars at all until they can get their airbags inspected and fixed. 7,910 of the cars have Takata-made airbags that could fail to properly protect their passengers in the event of a crash. The airbags could either deploy with too much force, expelling shrapnel, or without enough force to be effective.

According to Consumer Reports, owners of the affected BMWs could be left without transportation, as BMW told them it was "unlikely" they'd be able to provide customers with loaner vehicles.

To check if your car is affected, visit the NHTSA's website and enter your vehicle's identification number into their search.

The average American's holiday budget is $708.03, according to a new YouGov poll.

The polling and market research firm found that while that's the average, 12% of Americans admitted that their spending holiday spending topped $1,000.

The survey also found that shoppers planned to purchase about eight gifts. 22% plan to buy 11 or more.

This falls in line with a previously-reported poll from the National Retail Federation, which reported that consumers expected to spend $1,047.83 this holiday season.

The application data for more than 752,000 birth certificate copies submitted to an online service have been exposed, according to TechCrunch.

The company remains unnamed by TechCrunch, but the applications date as far back as 2017 and are mostly from state health departments and used to request historical records. The exposed data includes birth dates, addresses, phone numbers, and emails, past and current.

According to the article, both Fidus and TechCrunch tried to contact the company and inform them that their data was exposed prior to publication, but received only recorded responses and no actions to secure the data. Amazon said it would not intervene, but it would inform the company.

Would you trust your rent-a-car company to give you a COVID-19 test?
More Videos
From CNN Newsource affiliates
TOP STORIES
12-year-old girl dies after shooting in Antioch